Sam’s family was in crisis… 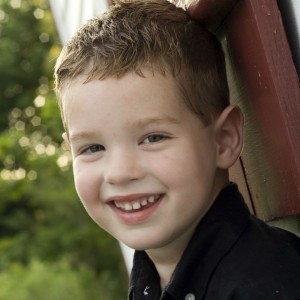 Sam is a three year old boy who came to Epworth through the new Midlands Family Care Center (MFCC) which opened at Epworth last year.  He came with his older sister and, unlike most children at Epworth, his pregnant mother.  His mother battled addictions to alcohol and drugs, and was in danger of losing custody of her children.  Through the MFCC, the children remained safe while the family was able to remain intact as their mother received therapy and parenting skills.

Like most three year olds, Sam had a lot of energy but his behavior was aggressive and out of control.  He constantly chased the other children in the MFCC and threw toys and punches at his caretakers.  When his mother saw this she reacted hastily and yelled at him, sending him spiraling into more aggressive behavior.   Sam’s behavior was a problem and with a new baby on the way, his habit of hitting was a concern for everyone.

The Epworth staff immediately began to redirect him.  When he would hit they told him, “Sam, I’m not for hitting,” and then redirected his behavior to something constructive.  He would stop for awhile, but inevitably a new episode would arrive.  Around the clock, the staff provided consistent redirection, all the while modeling good parenting techniques for his mother.

After months of care, Sam’s behavior began to shift and his hitting began to disappear.  It was just in time, because not long after that, his mother gave birth to a healthy little boy who was drug and alcohol free.   By that time Sam’s behavior improved so much that he was never a threat to the infant.  When his mom came home from the hospital, they moved into the transition apartment at the MFCC and lived together—as a family.

Just a few weeks ago, when his mother graduated from the MFCC and they moved out on their own, Sam served as co-host for his mother’s graduation party.  The polite, generous boy welcomed every guest at the door and smiled as his mother served him a piece of cake to celebrate their transformation.

You can celebrate with them through your generous donation to our SC United Methodist Children’s Home, Epworth.

About this story:  This story is a part of Epworth’s annual “Work Day” Offering in United Methodist churches across the state.  Originally formed generations ago to give a day’s worth of wages to the children at Epworth, the offering now encourages everyone to consider a gift to honor the work that is done at Epworth.  To participate in the campaign, please visit any UMC congregation on Sunday, September 14, 2014 or give online and use the words “Work Day” in the memo line.