Season of Giving at Epworth

This Christmas, as you are preparing your shopping list, I ask that you include the children who call Epworth home. Children like Malcolm, who had only one wish on his Christmas list this year. 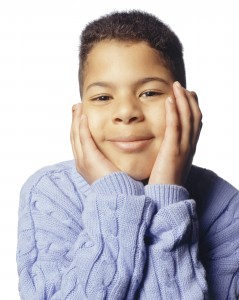 Malcolm, along with his older brother and younger sister, lived with his grandmother for most of his childhood.  Three years ago when Malcolm was 11 years old, his grandmother’s health rapidly began to decline.  Taking care of three grandchildren became too difficult and eventually the children were placed in foster care.

At first, they were placed together, but after a few weeks the sibling group was separated. While his brother and sister lived at Epworth, Malcolm lived in another foster home.  They kept in touch through letters and occasionally were able to visit.  Malcolm missed his brother and sister terribly.  He was a quiet and reserved child by nature, but he began to actively advocate for himself.  He talked to his social worker, his foster home and even the Epworth admissions director to request a new placement Epworth.

Just a few weeks ago, Malcolm’s opportunity to be reunited with his brother and sister arrived.  When he arrived on campus to finalize his placement, the Epworth admissions director, Ms. Rodgers, helped him get acquainted with Epworth.  At the end of their conversation, Ms. Rodgers asked Malcolm a question that she asks all new residents during this time of year, “Malcolm, what would you like for Christmas?”

Malcolm, who had been pretty quiet all day, quickly replied, “Nothing.”  This was not the usual response Ms. Rodgers received, so she tried again, “Surely you would like something special, maybe a video game or a jersey from your favorite sports team?”  Malcolm responded, “Ms. Rodgers, I do not need things like that because my wish is already coming true.  I get to be with my brother and sister this Christmas.”

This time of year, it can be easy to get caught up in shopping and gifts, but as Malcolm reminds us, Christmas is not about the material things.  For children, like Malcolm, your financial gift meets their greater needs of safety and security, and an opportunity to break the cycle of abuse and neglect.  Please remember the children at Epworth during this season of giving.

PS – Your gift makes a difference in breaking the cycle of abuse and neglect . This Christmas, you can give hope, love and care to a child like Malcolm.