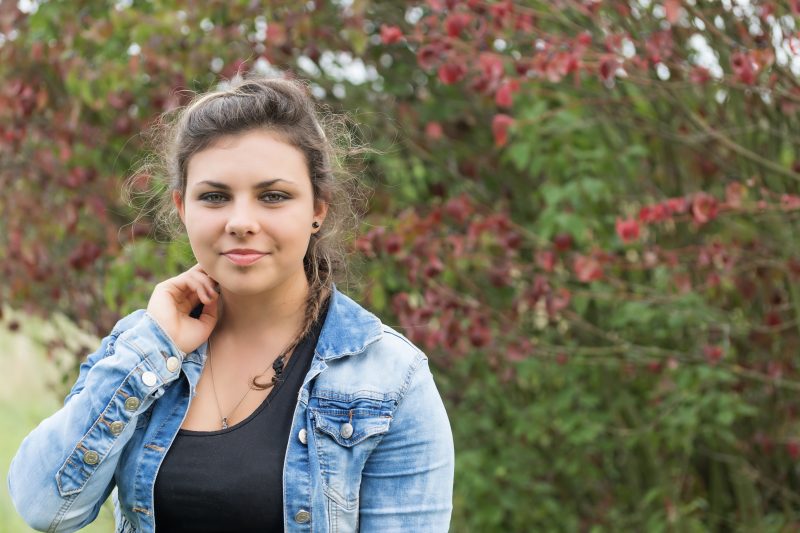 There are some children who have a natural maturity about them, are born with the ability to be wonderful caretakers, and are wise beyond their years. That description would definitely apply to Micayla, who came to us last spring along with her younger brother. Micayla and her brother Andre were originally placed with a relative, after DSS found that there was significant neglect happening in their home. It had taken awhile for anyone to even realize that Micayla and Andre were neglected though, because Micayla is such a good caretaker for her younger brother, and is so responsible – much more responsible than a 15 year old girl should have to be. The placement with the relative did not work out, and after a short time Micayla and Andre came to Epworth.

At first, it was hard for Micayla to adjust to not having to worry about getting her brother up for school, making breakfast for the two of them, and making sure they caught the bus. Worrying about and caring for Andre had become so second nature to her that she found it hard to relax and put her own needs first. The stability and routine that Epworth provided was something she was not used to in her own home. Not only that, she had become so attached to Andre since they had been through so much together, that she found it difficult not be with him all the time; it was almost like he was her security blanket. At Epworth, the children live in cottages that are organized by age and gender, so Micayla and Andre couldn’t stay together overnight. They still ate meals together, would see each other at counseling and tutoring, cottage activities and at church, though. The separation helped provide Micayla time to find her own identity and not have to worry about someone else so intensely, much like a mother does for her child. Not only that, Micayla could form friendships and bonds with her cottagemates, another area she hadn’t really had the opportunity to explore, since she was so busy being the primary caregiver in her home.

Once Micayla was able to relax and focus on not only her own needs, but her hopes and wishes for her life, she began to come out of her shell. Micayla is a natural leader, and also very creative; she has a way of making everything around her beautiful. “You can give Micayla anything, and she will turn it into something amazing,” says Reverend Pamela Richardson, Epworth’s campus Pastor. For example, Pastor Pamela (as the children call her), gave all of the kids a loose topic in Sunday School one Sunday before church services. It was just something for them to think about during the week and ponder about how it applied to their own lives. Micayla, being the creative person she is, took the topic and turned it into an amazing spoken word. She then performed the spoken word for all of her peers in her MYF (Methodist Youth Fellowship) group!

Just a couple of months ago, Pastor Pamela experienced a loss when her brother unexpectedly passed away. When the residents found out about the sad news, the older boys and girls all got together to think of a way to express their condolences to Pastor Pamela and her family. Being the natural leader she is, it was a given that Micayla would be the one appointed by her peers to share the condolences on behalf of all of the children on campus. When Pastor Pamela returned to campus, it was Micayla that sought her out to share everyone’s wishes for healing for Pastor Pamela and her family. She feels empathy for people and cares for them in a way that is far beyond the somewhat self-centered worldview of the typical teenage girl.

Micayla has excelled at Epworth, and has big plans for her future. She has excellent grades that will make the different colleges she is considering a very real possibility for her when it is time to apply. She is excited to move into the Independent Living program after she graduates as well. Her brother, Andre, is doing great in school and socially, too! Not only has Epworth provided this sister and brother pair with a safe, nurturing environment, it has given them the opportunity to just be kids again. Which is something that every child should have the opportunity to be – just themselves.