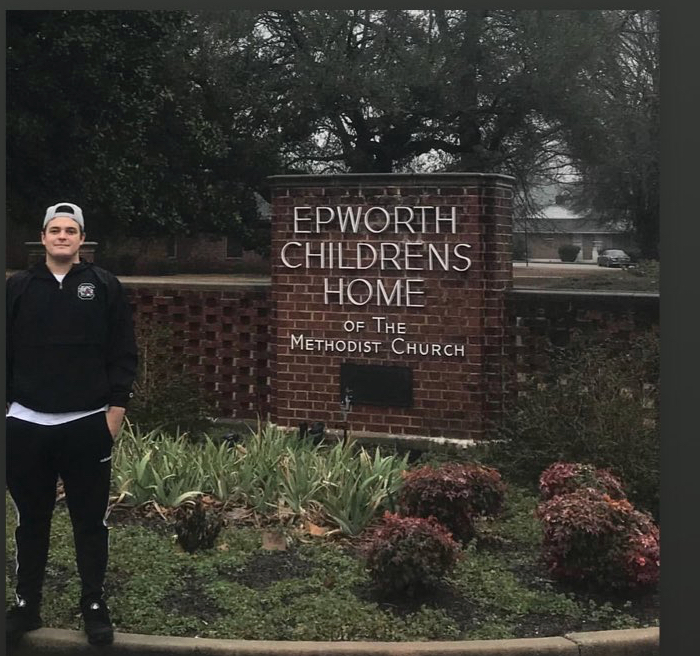 Ben came to Epworth at the age of eleven. He was living with his mom, a single parent. His mom voluntarily placed him at Epworth, and it was a tough adjustment going from his home to the structured environment at Epworth, but Ben settled into Clinton Cottage quickly. “We were like a family, all the other kids in the cottage and me, along with our cottage staff. We had a real family vibe. We would play basketball and other games like we were brothers – and the cottage staff was like our parents. They welcomed me into the Clinton Cottage family.”

Ben was at Epworth for 5 years. As he aged, he would eventually move from Clinton Cottage to Haas, then Cile Gray, and finally Doug Gray. At the age of 16, his mom welcomed him back into their family home, and Ben left Epworth. However, he quickly found himself in some trouble with the law and was then sentenced to 8 months in the DJJ system. While he was in DJJ, Ben managed to turn what could have been a very negative, life altering experience into a positive. He got his GED, and vowed to turn his life around once he left DJJ.

Upon being released from the DJJ system, Ben finally had to decide what to do with his life. He went to college for a brief time, but felt that it wasn’t for him. Music had always been his passion, and he began to write lyrics and perform locally. His talent got him noticed, and Ben went from small stages in Columbia to touring nationally with well known musicians. When he returned to Columbia, he sold out ten concerts and played with artists like Lil Wayne, 2Chainz and Cardi B. He had already come a long way from the boy who had arrived at Epworth to the musician he had become.

Ben loved being a musician and touring. But after four years of performing, he was getting older, and he noticed the instability of the music business. He wanted to have a more stable, business-like career.  He decided he would focus more on the marketing side of entertainment and other business, and formed his own marketing agency. This was one area where his experience at Epworth had helped to shape the man he would become. Speaking about what he learned while at Epworth that helped him later in his career, Ben says “some of the staff that I worked with gave me a sense of self respect, honor and a way to treat people. They taught me a healthy balance of street smarts and common sense that has carried over into business.”

There was another factor that influenced Ben’s decision to “settle down” and form a marketing agency. He had met the woman that would become his wife, Kayla. He saw a future with her and wanted to make a more stable life for the two of them. Fast forward to today, and Ben’s company is representing major, national brands (like jewelry company Kendra Scott, as well as Major League Soccer and Facebook) and continues to grow and take on more employees and clients. But the biggest blessing came in the form of a pregnancy announcement! Kayla is currently 6 months pregnant with the couple’s son, due this winter.

Through all of his experiences at Epworth and beyond, Ben has never forgotten his roots and the people who helped to shape who he is today. “The biggest thing is not settling in your life. As long as you have good morals, and put one foot in front of the other, you can do anything you want to do in life.” It is very evident that Ben has come full circle in his life, watching him interact with the kids during his event on that hot summer day in August.  Ben is definitely a success story here at Epworth, and we hope that his message and life story will inspire others, as it has inspired all of us.

Are you one of our young alumni? Connect with others who lived at Epworth by visiting our website at www.epworthchildrenshome.org/alumni.