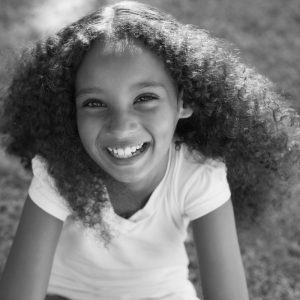 When Anna* first arrived at Epworth over a year ago, she was a seven year old girl in turmoil.  She came to Epworth after the SC Department of Social Services removed her from her home following the discovery of severe neglect of the little girl.  Even at just seven years of age, she was accustomed to caring for herself.

When Anna arrived in her cottage at Epworth, she struggled with her behavior.  She was aggressive and often threw tantrums if she did not immediately get her way.  When her staff members tried to help her or give her direction, she was very oppositional and lacked a respect for adults.  She worried about almost everything she experienced, which created anxiety that limited her ability to heal and grow.

Over the months that followed, Anna’s behavior changed.  The once anxious little girl began to trust the adults who cared for her needs.  The tantrums and aggression nearly disappeared as she learned to think before she acted and reacted to situations.  The change was remarkable and everyone at Epworth took notice.

Of course, there were many components of her care that led to Anna’s behavioral transformation.  She blossomed in the care of trained and caring staff in her cottage.  She received regular counseling sessions and academic tutoring.  There were numerous elements that led to her changes, but one particular component of her care stands out among the rest.

One day just a few weeks ago, Ms. Linda, one of her cottage staff, was helping Anna clean her closet.  When the staff pushed aside the hanging shirts and dresses she was surprised at what she discovered.  She found a piece of paper taped the wall that said, “My Prayer Wall.”

Ms. Linda immediately knew what she discovered.  For months she and the other staff had been talking to all of the girls about asking for God’s help through prayer.   As part of that lesson, they gave each girl a prayer journal and some crayons.  They told them that anytime they wanted to talk to God but did not know exactly what to say that they could just draw God a picture.  The girls were thankful for the journals but the staff often wondered if the lesson was sinking in.

For Anna, the lesson resonated, but she never told anyone.  Under the sign of “My Prayer Wall” were dozens of colorful pictures which had been ripped out of her journal and taped to the wall.  Here in the back of her closet was the place that Anna let go of the anxiety and aggression and gave those thoughts to God.

Ms. Linda smiled at the sight of the wall but quietly and carefully pulled the clothes back over the wall, respecting the privacy of Anna’s prayers.   She helped rearrange other areas of the closet and then closed the closet door without saying anything to Anna.

Before that moment, everyone knew that Anna’s transformation included physical, emotional and academic healing.  Now, it was abundantly clear that even though it was hidden from sight, Anna was healing spiritually as well.