Bitter to Better: Breaking the Cycle 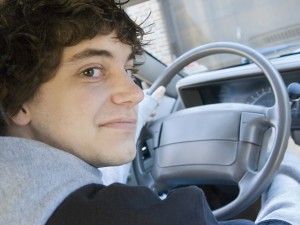 At just 14 years old, Tim* had seen some of the worst humanity had to offer.  The oldest of four boys, he grew up living in severe neglect.  They lived in extremely rural conditions.  No running water, no electricity.  When he and his brothers were removed from the house, it was immediately condemned.

Six years ago, Tim and his brothers were placed into foster care and removed from the deplorable conditions and absolute neglect they had known all of their lives.  When the four boys came to Epworth, they were far behind their peers developmentally.  They had never been to school, never had health care, and had little understanding of the world.   They did not understand love and care, and responded to situations with fear and anger.  As the oldest, and therefore the farthest behind, Tim had a long journey ahead of him.

Though his transition was very slow and a bumpy ride at times, Tim began to take advantage of the long-term stability of living at Epworth and started grabbing hold of the opportunities in front of him.  The angry and scared boy began managing his emotions and trusting the staff around him.  He started attending school for the first time and, in May 2012, he completed his high school studies.

That wasn’t enough for Tim, and he chose to stay in Epworth’s care to continue his connection to his support system and resources.  After finishing high school, Epworth arranged for him to start with the local Job Corps program.   He moved onto the Job Corps campus and transitioned into Epworth’s Higher Education/Independent Living Program, coming back to Epworth for holidays and special weekends.

After 14 months, the formerly angry and fearful child who knew nothing but neglect, graduated from Job Corps with a solid future in front of him.  Tim earned his driver’s license, fork-lift certification, and all of the qualifications needed for a career in distribution and warehousing.  More importantly, he was no longer the bitter child of his past, but a sweet, kind, and respectful young man taking pride in his life and full responsibility for his future.

After graduating he started looking for jobs and putting together resumes with Mrs. Laurie Brandes, Minister of the Higher Education/Independent Living Program.   To help him earn startup money and boost his work history, he got a temporary job helping the Epworth grounds crew with maintenance around campus.

Mrs. Laurie saw the tremendous strides Tim was making and recently came to him with another opportunity.  Through one of Epworth’s relationships with a local program, Tim received a newly refreshed used car to help him get to and from work.

“Epworth gave him a chance and he is taking full advantage to work up to his potential,” said Mrs. Laurie.  Today, Tim is still taking steps toward getting his first full-time job and transitioning into adulthood.  Every week he is gaining confidence and motivation to do whatever it takes.  As a young man and soon to be an Epworth alumnus, Tim’s future is bright!