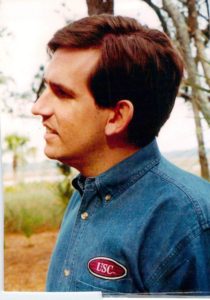 For over a century, Epworth Children’s Home has not only provided a safe haven for children who have been abused and neglected, but has also helped to instill in them a sense of their own inner strength and courage, as well as the potential to fill their own lives with joy and optimism.  Many of Epworth’s children have already been required at a young age to overcome significant obstacles, and their ability to be optimistic and joyful as they grow is an amazing testament to the human spirit.

Recently, Epworth has had the honor and good fortune to have an endowment fund established as a memorial to Edward Joseph Dunlap (Eddie), a man who exhibited and incorporated these qualities of strength, joy, and optimism in his own life.  The Edward Joseph Dunlap Memorial Endowment Fund, established by Eddie’s parents, Bruce and Carole, will help to provide for the care and enrichment of Epworth’s children for years to come.  An aspect of this gift that makes it especially fitting is the opportunity it provides for so many people to learn about what a special person Eddie was.  The esteem and admiration that so many people who crossed paths with Eddie Dunlap had for him is amazing.  Many have commented on Eddie’s natural compassion for others and his unselfishness in reaching out to provide a helping hand and encouragement when he saw someone in need.  Bruce Dunlap, Eddie’s father, commented that “Once Eddie personally met someone, he knew them for life.”

A medical emergency at birth caused Eddie to live with a handicap all his life.  However, his personal zest for life, his love for other people, and his inherent optimism allowed Eddie to live a life that was, according to his older sister, Heather, “never limited…Eddie had this life thing figured out.”  Carole Dunlap, Eddie’s mother, remembers her son’s strength and courage: “Eddie was courageous; he tried new things all the time and never complained.”  Her recollections include Eddie’s ability to touch the lives of those around him, how he was a true “people person” who loved meeting new people and interacting in all kinds of ways in his community.

During his adult years, Eddie worked at the USC print shop, the Caroliniana Library, and as a service clerk at Publix.  His co-workers remember Eddie as unfailingly polite, enthusiastic, and always friendly.  His manager at Publix commented on Eddie’s popularity with customers and the way he inherently connected with people from all walks of life.  Unable to drive or ride a bike due to his disability, Eddie walked or took the city bus everywhere he went, and this afforded him the opportunity to not only exhibit his independence, but also to become a part of the fabric of life in Columbia.

According to Bruce Dunlap, “Eddie was dealt a big deck of cards, but he always made the best out of life.”  Bruce remembers Eddie’s sense of adventure and his continual outreach in the community: “He loved USC sports and would take the bus to and from games.  He went to the Columbia Art Museum, went to local plays, and even acted in plays at Shandon United Methodist Church where he was a member.”

In Eddie’s life at Shandon Methodist, he was an active volunteer in various church outreach activities.  This included service work at Epworth, where he participated in several service projects.  In an article that Eddie wrote for his church’s newsletter titled “Making a Difference at Epworth,” he commented that “I have had the wonderful opportunity to work on renovating three cottages at Epworth Children’s Home…When the boys came back in to see the work we did renovating their home, the room was lit up with their excitement about the work we did for them and the gratitude they showed us in return was immeasurable.”  Eddie’s volunteerism had actually begun when he was a teen, as a member of Union United Methodist Church in Irmo, SC.

Both of Eddie’s parents remember a particular incident that captured Eddie’s spirit of living as well as his determination not to let his disability define him.  His mother commented that sometimes Eddie was bullied during his school years by other students because of his handicap.  She recalled that he would come home from school and relate his frustration and sadness about being the target of this bullying.  However, when the time came for his 20th high school reunion at Irmo High School, Eddie was not only enthusiastic about attending the event, but also made quite a statement about his confidence in himself and his own sense of self.  Carole Dunlap remembers that to her surprise, “Eddie chose to wear a tuxedo to the event, certainly not the normal attire for an informal class reunion.”  His father said that this was “Eddie’s unique expression to his fellow students that he had found himself, was proud of the life he had created for himself.”  Both parents remember Eddie’s happiness and satisfaction that at the reunion, his fellow classmates greeted him warmly and several even apologized for their adolescent treatment of him. According to Carole Dunlap, “They gave him validation that they respected the life he had created for himself.”

In his eulogy, Eddie was described as a person who did not let anything get in his way in leading a happy, fulfilling life.  Friends often spoke of Eddie’s ability to live to the fullest, and not be frustrated or defeated by the obstacles he faced and ultimately overcame.  Many who knew Eddie described his joy for living, his always-ready smile, his generosity of spirit, and his absolutely genuine love of his fellow man.  Adjectives used widely and repeatedly by friends in describing Eddie include caring, loving, warm, unfailingly kind, steadfast, courageous, and full of joy.

Epworth was not the only direct beneficiary of Eddie Dunlap’s sense of service to others.  He volunteered in many capacities over the years all around Columbia.  He gave of his time and his heart in working with many of his church’s other outreach programs.  The Richland County Public Library and Harvest Hope Food Bank were also lucky to have enjoyed Eddie’s help as a volunteer. His legacy of service to others is a fine example for children at Epworth to follow.

To honor their son, Bruce and Carole established the Edward Joseph Dunlap Memorial Endowment Fund at Epworth that will help provide for programs, services, enrichment activities, and other initiatives for the children at Epworth of all ages. In addition to monetary gifts made by Eddie’s parents, family, and friends, Bruce and Carole also made a real estate gift in the form of Eddie’s condominium.  The proceeds of the apartment sale, along with the other monetary gifts, have provided initial funding for the Edward Joseph Dunlap Memorial Endowment Fund.

The enthusiasm and positive spirit that Eddie exhibited all his life will be embodied in the special help to Epworth’s children that the fund created by Carole and Bruce Dunlap in Eddie’s memory will provide.  In addition to being a tangible reminder of Eddie’s legacy, this endowed fund will have a huge impact in helping children who call Epworth their home to have enriching experiences, positive interaction with others, and opportunities to see life’s joys from new perspectives, much like Eddie Dunlap did himself.   The memorial fund is a most fitting way to honor the memory of a very special man.

For more information on how you can support Epworth’s endowment with a current or planned gift, please contact Andrew Boozer, Vice President for Development at 803-256-7394 or aboozer@epworthsc.org.