Emerging from the Chaos 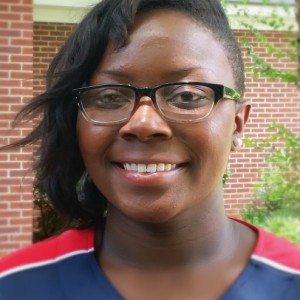 YTerrani (pronounced “why tyranny”) grew up in Columbia not far from Epworth. She lived in a four bedroom home with her four siblings and her mother. She did well in school and played outside with her family and friends until it got dark and the street lights came on. She describes her early childhood as “normal, just like everyone else’s.”

At the center of her childhood was her mother. Her mother provided everything for the family. She worked as a nurse on night shift at a local nursing home while a cousin came and watched YTerrani and her siblings. During the day YTerrani’s mother made sure everyone got to school, and then grabbed just a few hours of sleep before she went to school herself to earn her nursing degree.

On September 13, 2010, everything changed. YTerrani was in middle school. She got a message from her neighbor asking for her and her brother to come straight home after school. As she got off of the bus at the bus stop, a family member whisked her into a car and drove them towards her home.

“On the ride we kept seeing lots of policemen, long lost family, and the coroner,” YTerrani recalls. “We knew something terrible was wrong. It was at this time I began to realize how fragile and vulnerable we are, that in just one second a person can go from being alive with family, friends, years of education and goals to being gone, wasted, never to come back.”

YTerrani’s mother died suddenly from a genetic heart defect.  She died only months before she was to graduate from her nursing program. Relatives gathered YTerrani and her siblings together. They assured the children they would be taken care of and that they would not be split up.

Later that day, an aunt gave YTerrani her mother’s cell phone. For weeks, people would call the number expecting to reach her mother. YTerrani would have to tell them the tragic news. During those same weeks, the family who promised to keep the siblings together began to realize the complexity of their promise. Keeping five children together was more than any one family member could handle. The siblings were split between family and friends and scattered across the southeast, never to live together again. YTerrani’s “normal” childhood was suddenly chaos mixed in trauma and grief.

Over the next two years, the chaos continued. YTerrani grieved for her mother and missed her family. She first stayed with her aunt but it did not last long. Then she went to live with her father, who had not been active in her life before her mother’s death.  When that did not work out, she moved again. The cycle repeated itself over and over. In less than two years she moved eight times to places as far away as New Orleans.

“I was passed around from relative to relative until I was taken in by DSS (Department of Social Services),” YTerrani recalls. “Moving was exhausting. I didn’t know when I was going to have to leave again.”

Being a teenager can be hard enough, but YTerrani was also exhausted, disheartened and felt insecure. Eventually she quit trying; she quit trying to make friends at her new schools, she quit trusting those who were taking care of her. In the afternoons she began to find herself hanging around the wrong crowds in the wrong neighborhoods. She was headed toward a very dark path.

As life continued to unravel for YTerrani, she was placed into the foster care system by the South Carolina Department of Social Services. After staying at an emergency shelter for a few weeks, she was placed at Epworth.

For YTerrani, it was just another move and another place to sleep at night. Though she remembers the other girls in her cottage and the Epworth staff being very nice and welcoming, she did not bother trying to make friends. She assumed she would just be moving again. Her attitude was often sour and she was short and rude with those around her.

In those first few weeks a local church group hosted a holiday event for her cottage. The group already knew some of the girls, but wanted to get to know this new girl who had just arrived. One lady came up to her and said, “Hi, what’s your name?” YTeranni responded, “Y.” Confused, the lady responded politely, “Because I have never met you and I would like to get to know you. May I please know your name?” YTerrani, with a sharp glare and firm voice responded, “Y.” The other girls overheard what was happeni 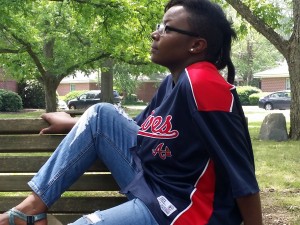 ng and explained to the group that her name was YTerrani but she preferred to go by her nickname, “Y”.

Similar scenes repeated themselves in those first months. Then one day, she was invited to play on the Epworth basketball team. When the season started, she sent a schedule to her family nearby hoping that they would come watch her play. As the season wore on, no one in her family ever showed up. She was heartbroken, but it is a moment that transformed her life. “I realized that I wasn’t doing it [basketball] for them, but for myself,” she recalls. She then went to the United Methodist Basketball Tournament off-campus for the weekend. She enjoyed herself and started to develop a bond with some of the other players on the team.

From then on, YTerrani began to open up to more people on campus. She began to embrace Epworth and the opportunity it was providing her. She was the youngest girl in her cottage at the time, so the older girls took her under their wing.  (Two of those girls were Jazmine and Curtdrieka from the June 2014 issue of The Record.) “There are good people here,” YTerrani now says. “They try to encourage us to be a family, and to grow with one another. Ms.  Gee (her case manager) is like a second mother to me. Though living here could never replace the home I had with my mother and siblings, it sure does come close.”

As others were taking her under their wing, YTerrani also began to do the same to another Epworth resident. In the youngest boys cottage was a seven year old named Tony*. Tony was about the same age as YTerrani’s little brother when her mother died. She missed her brother and she admits that Tony helped fill that void in her life. “We grew a bond like a big sister, little brother. We did everything together. One time we all went to the movies and rather than go see a movie with my cottage, I went along with Tony to watch a little kids movie.” They would take walks together on campus, play on the playgrounds and sit next to each other in the dining hall. For over a year they were inseparable until Tony was discharged from Epworth. Tony’s leaving was sad for YTerrani, but it did not derail her progress.

In school, YTerrani always did pretty well, even through the most chaotic times. However, at Epworth she did not just do pretty well, she excelled. Her grades were always excellent and she went out of her way to do even more. Before Epworth she did not have the support or the extra money to do extracurricular activities, but in her words, “Here I could do anything!” She sang in the school chorus and played tuba in the band. She joined clubs, including the National Honor Society and the student council. And she did all of this while holding a part-time retail job near campus.

A few weeks ago, YTerrani graduated with honors from Dreher High School. She has been accepted to and will attend Winthrop University next fall as a higher education student in Epworth’s Independent Living program. She just moved out of the cottage she has called home at Epworth and into an apartment on the Epworth campus that is reserved for college students. It is the first step of independence for YTerrani and the next step in achieving her dreams. She will live in a dormitory when school starts, but on breaks and on occasional weekends her apartment at Epworth will still be her home.

While at Winthrop, YTerrani plans to major in Biology so that later she can go to medical school and become a doctor. She wants to help others and carry on the tradition of medical care that her mother started years ago. She dreams of settling down one day and having her own family. When she does, she hopes that she can reunite with some of her own relatives but also introduce her children to her Epworth family.

There is still a long way to go before those dreams become reality for YTerrani, but thanks to her time at Epworth she is on the right path to getting there. YTerrani will gladly tell anyone that before Epworth, “ I was on the path that could only lead me behind bars, in a grave yard or just on the streets. I am very grateful for Epworth Children’s Home.”

Watch YTerrani tell her own story in a brief video shared at this year’s SC United Methodist Annual Conference.  The video is available here.