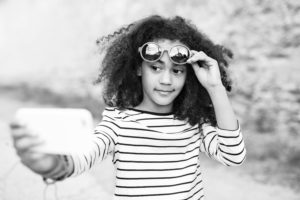 To look at Becca now, you would think that she is just a typical 14 year old girl.  She loves dancing and listening to music.  She spends her spare time getting her make-up just right so everything is perfect when the opportunity presents itself for a selfie.   Everything seems normal now, but Becca’s journey has been anything but typical.

A little over a year ago, Becca’s mother reached out to Epworth desperate for answers.  They lived in a small town in South Carolina’s PeeDee Region.  She was a single mother, and despite her repeated best attempts to provide for Becca she was in need of help.  After talking with Epworth for a period of weeks, it became clear that the best choice for the struggling family was for Becca to come to Epworth for at least one year.  With tears in their eyes, Becca’s mother drove to Columbia to do what was best for her beloved daughter.

When Becca arrived at Epworth she was about to celebrate her 13th birthday.  These formative early teenage years are critical to the long term trajectory of a child’s life.  Her mother and the Epworth staff recognized that.  She arrived at Epworth very timid and shy.  She struggled to make friends and when her cottage staff talked to her she would withdraw, seemingly into her own world.  The staff would let Becca have her space and eventually she would come back out of her shell.  The cycle would repeat constantly, but slowly the space began to widen between her periods of withdrawal.

By the time winter rolled around, Becca’s demeanor had changed dramatically.   She was less shy and withdrawn, but she replaced some of those behaviors with others that were not always healthy.  She looked to the other seven girls in the cottage to guide her in almost everything she did.  She would follow them and do whatever they were up to, even if it was mischief.  Along the way there were some outbursts of anger, some damaged items around the cottage, and a struggle to recognize the good from the bad.

However, things started to turn around in the springtime.  She and her mother completed Epworth’s family therapy program and together they worked on some of the issues the family was having before Becca came to Epworth.  They also discussed the good opportunities that were in front of them.  Throughout it all, they talked multiple times a week and even did weekend visits and spent spring break together.  Coming out of family therapy and with her cottage staff continuing to encourage her, Becca turned the corner in May.

At the time, it looked like she may fail the 7th grade.  With encouragement and extra work at Epworth’s on-campus tutoring center, Becca started to apply herself more at school.  In just one-month she pulled every grade up to passing.  She took a picture of her grades and sent it to her mother.  Everyone was thrilled.

At the end of the school year, she received a letter that said she earned seven dollars in her Epworth “savings account.”  She was confused so she asked how she got that seven dollars.  It turns out she earned a high enough grade to earn Epworth’s academic incentive for the first time all year.  She was ecstatic!  Then she promptly started dreaming of all of the ways she could spend her seven dollars.

Heading into summer the staff looked for ways to harness and direct her energy into positive and productive outlets.   They enrolled her and two of her friends in a weeklong, overnight summer camp at Asbury Hills in the South Carolina mountains.  Becca had never been to camp before but she was excited for a new experience.  She asked a lot of questions and did her research about camp but then suddenly became very nervous when she discovered that camp included a ropes course.  She was terrified of heights and promised to everyone in the car ride to the mountains that no matter what happened at camp, there was no way her feet were leaving the ground.

At the end of the week, the Epworth staff returned to camp to pick the girls up and everyone was full of smiles and laughter.  They told stories of their new friends from around the state, the counselors that helped make the week special, and then bragged about how everyone, even Becca, completed the high ropes course.

As summer ended, Becca spent a couple of weeks at home with her mother before returning to Epworth at the start of the school year.  The change in Becca from the year before was almost jarring.  The shy, withdrawn girl transformed into an outgoing and confident young lady.  She was once frail and small in stature compared to her peers, but now she was healthy and active.  She recently volunteered to be an acolyte at church on Sunday morning.  She is already begging for a summer job next year so she can earn some extra spending money.

Becca began the eighth grade with enthusiasm and through the first weeks she is earning great grades in every class.  She is practicing basketball and is trying out for the middle school team this year.  However, her try-out was almost delayed when she found out that the sports physical included a finger prick, another one of her biggest fears.  The staff promised her a sushi dinner if she let the nurse prick her finger, and it was just enough of an incentive to convince her to go through with the test and conquer another fear in her life.

Becca and her family are still working through exactly what the future looks like, but she is on the right track for success and is looking forward to her teenage years with optimism.  With each passing day as she looks in the mirror to get that mascara just right, Becca is transforming her life.  As she transforms, an entire community stands behind her.  Becca’s care is 100% funded by the donations of people from around South Carolina.  She has been given this new chance at a better life because of the generous donations that support the mission of Epworth.  And with that support, her outlook on life has never looked better.