“Alex,* why is this living room such a mess?” her mother screamed down the hallway.

“I didn’t do it.  Stop blaming me for everything!” Alex’s voice cracked as she screamed and threw her book across the room.   Alex’s mom tried to reach for her daughter but she could not extend her arm.  An argument with her boyfriend the previous night left her arm with bruises and pain.  It was the same violent argument that had left the living room in a mess.  Whether it was because of her substance abuse or from blocking the incident from her memory, Alex’s mom could not recall the real reason for the mess.  All she knew was that her apartment was a wreck, and her 8 year old daughter caught the blame. 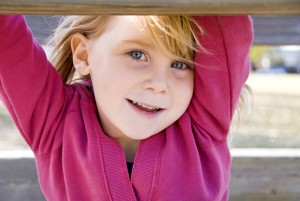 This was not the first time Alex and her mother had argued.   But it would be their last.   The screaming from the apartment the night before was enough for neighbors to notice the unsafe living conditions for Alex.   They called the Department of Social Services, and after an investigation, Alex was removed from her mother’s care.  Her social worker carefully loaded her into a car and drove her to Epworth.

Alex arrived at Epworth on that Thursday afternoon just over a year ago.  Alex did not have the visible marks of physical harm, but the emotional scars of her early childhood were visible to the Epworth staff right away.  Alex had a quick temper.  If she sensed someone was accusing her of doing something wrong, she would quickly raise her voice and react.  The Epworth staff had seen these signs before.   Children raised in abusive households often learn non-productive ways to process anger.  They frequently do not develop healthy social interactions and responses.  Instead, children like Alex mirror the behavior they have seen all of their lives by reacting with outbursts and rage.

Alex’s behavior was a barrier for her as the staff worked to help her settle in at Epworth.  She did well in her schoolwork but her inability to control her behavior and have healthy social interactions with classmates prohibited her from excelling at school.  Even though she was a good student she was struggling to succeed because if a classmate even looked at her the wrong way she yelled and overreacted.  Her behavior at school spilled over into the cottage at Epworth.

One day in the spring, Alex came home to her cottage clearly upset.  The staff did not know exactly what was wrong, but they could see that she was fuming.  Ms. Wolfe, her case manager, stepped in to intervene.   She walked into the living room where Alex was sitting and asked, “Alex, would you like to tell me what happened today?”  Alex did not respond.  Ms. Wolfe continued to talk to her but it was as if she were talking to a brick wall.  Alex shut down, and did not even acknowledge Ms. Wolfe was in the room.

Finally Alex shouted, “Leave me alone!” and shot off of the couch to her feet.  She was furious.  She ran across the room, bear-hugged the 37 inch screen television, picked it up and slammed it to the ground.   This was no small feat.  The television was large and heavy, the kind that usually takes two adults to move.  After shattering the television she sprinted out of the door and ran across the cottage lawn.  She ran to the curb, grabbed a full garbage container and kicked it over.  Bags of trash flew everywhere.

Alex’s outbursts were a problem and everyone around her knew it.  Ms. Wolfe arranged for her to receive extra counseling sessions with her counselor on campus.  Together, they worked to teach Alex how to process the causes of her outbursts and learn coping skills to help her manage her anger.  The extra professional help was a great start, but it was only one piece of the care plan Epworth developed for her.

Ms. Wolfe and the cottage staff forged stronger relationships with Alex as they slowly earned her trust by being consistently positive and calm voices in her life.  They learned the triggers and warning signs of Alex’s anger. When they saw her starting to fume they removed her from the situation and went on walks with her around campus.  This helped prevent her from losing control and also provided valuable one-on-one time to strengthen their relationships.  On occasions where her anger overcame her, and she lost control, Ms. Wolfe would sit with Alex to help process what went wrong.  She would teach Alex ways she could remove herself from the situation and calm her emotions next time a similar situation arose.

The Epworth staff also identified a mentor to give Alex a trustworthy adult who she could talk with.  Like most children at Epworth, Alex valued her mentor.  Having an adult to talk with who is not your teacher, guardian or someone else in a position of authority provides an independent and caring relationship in a child’s life.  Alex and her mentor met frequently for walks around campus or fun trips for ice cream off campus.  Alex always returned to the cottage with a new attitude and refreshed look after her mentor’s visits.

The staff also made sure that Alex built friendships with the other girls at Epworth.  She grew close to some of the girls in another cottage and when Alex’s behavior was more stable, the staff let her go on sleepovers with her friends in the other cottage.

Alex’s improved behavior and support system then great growth opportunities for her.  The cottage staff always noticed her artistic talents—from sketching beautiful pictures to writing poetry and song lyrics.  When the school year began, they encouraged Alex to use her voice in a productive way by joining the school choir.  She loved it.  Every week after school she stayed for choir practice.  The choir gave her a great outlet to express herself and gain confidence.

Her love of choir and singing at school soon trickled back to the Epworth campus when she signed up to sing in the Epworth choir at church.  Singing in the Epworth choir meant another afternoon of practices and more activities to keep her focused and productive.  As she opened up in church through the choir she also opened up at Good News Club, the children’s Wednesday night Bible study group at Epworth.  Despite her busy schedule, Alex continued to do great in school and this year she is taking all advanced-placement courses.

All of Alex’s activities have created a busy schedule for her this Christmas.  Whereas last year she was responding to her painful life experiences with anger and destructive behavior, this Christmas Alex is playing the role of the angel Gabrielle in the Epworth Children’s Christmas Pageant.  A few days after the pageant, she will be singing in a concert at school with her choir.  A week later, just before Christmas, she will be singing in the Christmas concert with the Epworth choir.  Christmas with her cottagemates and all of the Epworth campus and the celebration of her 10th birthday the day after Christmas will round out her events this year.  These moments will create lifelong memories for Alex; memories of activities and celebrations that seemed impossible just over a year ago.

Alex’s placement at Epworth has been a roller coaster ride of emotions.  The consistent care provided by Epworth staff, devoted time with her counselor and mentor, valued friendships with other girls and increased activities that utilize her gifts have helped her develop more healthy outlets for processing her life experiences.  Her destructive and volatile mood swings continue to decrease in frequency and severity.

This Christmas as Alex sings in the choir in front of the altar at Epworth Memorial United Methodist Church, her voice will certainly be heard by all.  However it will not be screaming in a fit of anger and rage. It will joyfully lift up the message of peace and love that this Christmas season promises to all—especially to children like Alex.