The Bond of Brothers 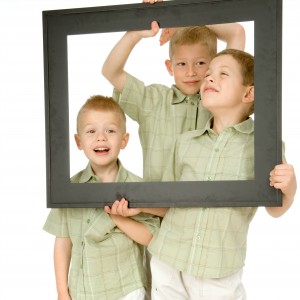 til the start of summer vacation, eleven year old Randy, and his two younger brothers shared a room and bed together in the home where they lived with their parents.

The normal flow of life included sleeping in while their mother and father came and went. The boys were very close, and very much dependent on one another. Other than their time in their classrooms at school, they were not apart from each other, so when DSS showed up at their door to remove them from their home and parents, there was much to consider.

Rather than separating the boys into individual foster homes unable to take all three boys together, they were placed at Epworth, and in fact, because they were all in elementary school, they were able to stay in the same cottage. When Epworth staff learned during the admission process that the boys had never slept apart from each other, they made adjustments to keep them in the same room as well.

Though they were still together, the first few nights were full of anxiety and tears. Being in a new place with strangers, and not having any control over the environment is scary and unsettling for children. On the first night the Epworth cottage parents learned quickly that “never sleeping apart” did not simply mean they shared a room, but rather that none of the boys had ever slept in a bed alone before.  While they could not share beds at Epworth, the staff utilized their trauma informed training, and thinking quickly, made a game out of pushing the three twin beds together, side by side as tight as they could to “make one big bed.”

When the boys climbed in their beds, the staff tucked them in by playing a new “game” called “Snug as a Bug in the Rug.” They tucked them in nice and tight, like a bug in a rug, and the boys giggled with excitement. The game played multiple purposes. The first was to create fun and giggles before bedtime. The second was to make sure they were comfortable and warm for the night. And the third was to make sure they did not roll out of one bed and into the other. Over the next few weeks as the boys adjusted to being at Epworth and were taught some new coping skills, the staff gradually pulled the the beds farther apart, until eventually they were back in their original places.

Each of the boys have a sweet and affectionate demeanor. They are very close to each other and used to doing everything together, but that didn’t make them an exclusive group. Within their cottage they embraced the other boys and treated them just the same as their own brothers. Every morning the brothers gave each other a hug and then they went around giving hugs to the rest of the boys and staff. After a few days, the hugging activity became routine for all of the boys. They even took their “hug show” on the road, and visited the learning center and administration office to give hugs to Epworth administrative staff.

As the weeks of summer vacation passed, the brothers started showing signs of growth. They attended Zoo Camp together at Riverbanks Zoo. They played around the zoo, learned about the animals and even made matching necklaces out of beads made from koala poop. They went to Fort Jackson Water Park during one of the hottest days of the Columbia summer. In addition to water slides and games, the youngest brother learned how to swim. Later, they attended an open house event with the University of South Carolina Men’s basketball team at the Colonial Life area. After playing with the team and getting to know the players, each boy grabbed a poster and gathered autographs. One of the boys created his own unique approach. He approached each player and said very quickly, “What’s your favorite pet? Mine’s a fish. Can I have your autograph?” Every team member graciously honored his request.

The brothers enjoyed time together but they also gradually began doing more things individually and developed their own unique personalities.  They no longer slept with their beds jammed together and occasionally one would have a “sleep over” with their friends in the room across the hallway.  Helping the boys maintain their close relationship while learning individual coping skills and life skills was a critical part of their individual Comprehensive Care Plan Goals. The staff in the cottage worked diligently and creatively to help the brothers to this point, because they knew that as the school year approached, the oldest brother, Randy, would be starting middle school, and would move up to be with the other boys his age.

When the day came for Randy to move to the middle school age cottage next door, the boys were sad. The change was hard at first, but the boys had been sufficiently prepared and their new coping skills were kicking in. They knew and looked forward to the idea that they were still able to eat together in the dining hall, play together outside and go to church together on Sunday mornings. Randy’s new cottage staff encouraged him to visit his brothers every day. They sat on the floor and played Pokémon for hours. Before they knew it, they were used to being in different cottages.

Today, the three brothers have had a great start to a new school year.  They are all in new schools, and they are doing exceptionally well in their classes. Because they were behind academically when they arrived, they were matched with tutors at Epworth to help them catch up to their grade level assignments. They recently began individual counseling sessions at Epworth to provide ways to process the events of their childhoods and of the last few months.  Another one of their goals is to be reunified with their family. Epworth is working to help make that a successful transition. The boys recently received care packages from their family that included family pictures and a few toys.  Their parents are starting treatment programs to receive the help they need, and are looking forward to staying in touch with their sons throughout the process.

Until reunification is possible, Epworth will be here for Randy, and his brothers doing the little things that will help them break the cycle of abuse and neglect in their lives. Sometimes those “little” things are helping a child feel safe by ensuring time with a sibling, other times they are counseling and tutoring sessions, other times, a trip to the zoo. Whatever the case may be, Epworth will continue to assess our children and youth and match goals and services to ensure they are transforming and healing. Epworth will continue to support, nurture and encourage Randy, his brothers, and the other 80 children who call Epworth home.