Leena came to Epworth last fall after her mother was sentenced to prison. While the four-year old was home, a violent domestic dispute between her parents erupted and the authorities arrested her mother during the incident.  When the Department of Social Services investigated the living situation, DSS determined that the home was a dangerous situation for a young girl to be in. Leena experienced physical and verbal abuse and various forms of neglect in her young life.   Because Leena‘s mother was in prison, and because there was no safe alternative, Leena was placed at Epworth.

When she arrived in Asbury cottage, it was evident that she had been traumatized by the recent events in her life.  She sobbed uncontrollably for hours at a time.  She was withdrawn, and afraid to embrace the people around her.  Her world was broken. Sadness and fear had taken over her life.

Ms. Jamie and Ms. Linda, her cottage staff, consoled her and spent many hours with her to help ease the shock of being separated from her parents and the only home she had ever known.  In the earliest days that followed her arrival, Leena became very dependent on the adults in her cottage. She used them to build a shell of safety around herself.  The other little girls in the cottage would try to play with her and include her in activities, but Leena resisted their efforts. 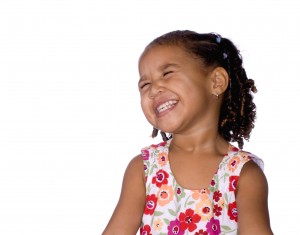 After a period of getting to know her and assessing her needs, a care plan was developed to assist her staff in working toward common goals for Leena.  She was enrolled in preschool to help establish a routine, build independence, and ease the sadness in her life.   At four she was too young for kindergarten, but fortunately the preschool at the Epworth Early Intervention Center (EEIC) had an opening.  The EEIC is a program designed to serve children with developmental delays. The EEIC also serves typically developing children.  Non-typically developing children are matched with typically developing children who model and encourage new skills.  Leena did not have signs of delays, in fact she was quite advanced for her age, so she served as a model and peer.  The school meets in the classroom building at the church on the Epworth campus.  This enabled Leena to go to preschool without the added stress of leaving the campus.

Her teacher, Ms. Sandy, still remembers when Leena came to the preschool the first day.  The preschoolers start every morning by sitting in a circle. They sing and begin their lesson for the day.  Leena cried during the ritual.  Ms. Sandy tried to comfort her, but Leena continued to cry as the morning went along.

The next day there were fewer tears. By the end of the week during opening circle,  Leena spoke for the first time.  The lesson of the day was “Where We Live” and the children were asked to tell others where they lived.  One by one, the children replied with their city and some even recited their street address.  When it was Leena’s turn she sat up and said, “My name is Leena and I live in the college at Epworth.”  Ms. Sandy smiled at the first words Leena shared with the class, and then politely corrected her,  “That’s right Leena, you live in the cottage here at Epworth!”

After that moment, Leena started to open up a little with Ms. Sandy.  As she grew more comfortable with her surroundings, she not only became active in her lessons, but she started helping Ms. Sandy work with the other children.   Some of the children in the school use wheelchairs and have limited mobility.  When one of them would drop a toy and was unable to reach it, Leena would be the first to pick it up and give it back.  If a child cried she comforted him or her by singing. “She had such amazing empathy for other children and such a sweet spirit,” Ms. Sandy recalled.

Her role as “Ms. Sandy’s helper” gave her confidence in herself, and she began to build friendships with others.   She became close friends with two of the other children in the class.  They played together, and slowly smiles and giggles replaced Leena’s tearful demeanor.

Her growth in the preschool classroom immediately transferred back to the cottage.  Ms. Linda and Ms. Jamie saw the weepy and clingy Leena transform into a different child.  They were amazed at the changes they saw in Leena.

She emerged from her shell and became active in the cottage.  She taught her favorite songs from preschool to the other girls in the cottage, and told them about what she learned every morning.  She brought back schoolwork, and the staff and other girls helped her practice her alphabet, writing, and numbers.  She wanted to read books constantly.  One day Ms. Jamie sat down to read her a story out of her Bible.  Ms. Jamie read it aloud to her and Leena clung to every word.  When they had finished, Leena took the book and recited the story back to Ms. Jamie, page by page.

As Leena became comfortable at Epworth, she became a social butterfly around campus.  She played dress up with the other girls, and even gained the reputation as the best hair stylist on campus.  The staff pulled out feather boas, tiaras and princess dresses for the children to strut around in as they played in the cottage.   Leena told jokes along the way, keeping the mood light and fun as they played.

The close relationships she built with new friends in the cottage and at preschool gave Leena the confidence to become more independent and adventurous.  Once reluctant to do anything outside of her comfort zone, she now loved to try new things and developed a little motto which she repeats to anyone who will listen, “Don’t cry until you try!”  She really blossomed into a healthy and happy little girl.

By the end of July, the preschool year was ending and it was time for Leena to graduate and go to kindergarten.   The graduation ceremony was held at Epworth Memorial United Methodist Church on campus.  When she woke up that morning she could not wait to get there.  Ms. Jamie helped her put on a new dress and fixed her hair. They walked to the church with excitement.  She joined her classmates from the preschool where Ms. Sandy was waiting on her with a graduation cap and gown.  She put on her gown but when her teacher went to place the cap on her head, Leena jumped and said, “Ms. Sandy don’t mess up my hair!”  Ms. Sandy assured her that she would be careful and her hair would look great for the ceremony.

Meanwhile, the rest of the girls and staff in Asbury cottage made their way into the sanctuary.   As they filed into a pew, one of Leena’s best friends leaned over to Ms. Jamie and asked, “Why are we here?”

“This is Leena’s preschool graduation.  This is her big day,” Ms. Jamie replied.

Still bewildered the girl responded, “What is a graduation?”

The question stopped Ms. Jamie in her tracks.  By this time the entire cottage was tuned in to Ms. Jamie’s response.  “A graduation is a celebration for completing your school work and moving on to something new.  Leena is graduating from preschool and is going to go to kindergarten.” She went on to explain to the girls that graduations happen at many different levels and that when they complete school they too would have their own graduations one day.

Just as Ms. Jamie finished her impromptu life skills lesson about graduation, the preschool students came into the church in front of their proud teachers, family and friends to start the ceremony.  The EEIC preschool has a long tradition of actively involving family members in the graduation ceremony.   When it came time to hand-out diplomas, the teachers invited the family members to come forward to hand the child the diploma.  One by one moms, dads and siblings came to the front of the room as their child walked across the front of the church to receive the diploma.  Then came Leena’s turn. 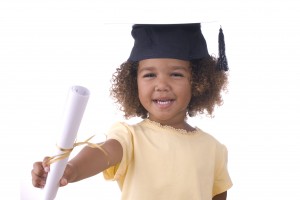 Ms. Sandy stood up and said, “Would the family of Leena please come forward.”  The entire pew of her cottage mates and staff stood up.  Leena’s face lit up with a huge smile as they walked forward.

Some of the parents and friends at the graduation never knew that Leena lived at Epworth, but now her family—all seven other little girls and her staff—stood right there in front of everyone.  Ms. Sandy called Leena’s name and she walked to her family to receive her diploma. Everyone’s eyes were filled with tears of joy and hope.

It was indeed Leena’s big day.  She left the ceremony and returned to the cottage to have a full graduation party to celebrate.  The cottage bought her graduation presents—new outfits for kindergarten.  And just a few weeks ago, Leena wore one of those new outfits to her first day of kindergarten.

In just the one year, Leena saw her mother arrested and jailed.  She was removed from an unsafe home, and placed into care in an unfamiliar place.  The events she experienced could have derailed her childhood and beyond, but the transformational care she received at Epworth prevented her from spiraling into a cycle of despair.  As Leena begins kindergarten her future is bright and joy has become part of her childhood.

What’s next for Leena?

Leena is doing great at kindergarten and loves being in the cottage.  During the last year her mother has been released from prison and is currently working to put her life back together.  The hope is that Leena and her mom might one day be reunited but for now the two are enjoying supervised visits on the Epworth campus and phone calls whenever they can.   As they work toward reunification, Epworth will provide family counseling to her and her mother so they can grow into a healthy family.  There is currently no timeline for family reunification. The Department of Social Services will ultimately make that determination. But as long as Leena is at Epworth, she will receive the loving care that she needs to continue to bloom.